This is your pay as a partner vs. employee at Brevan Howard 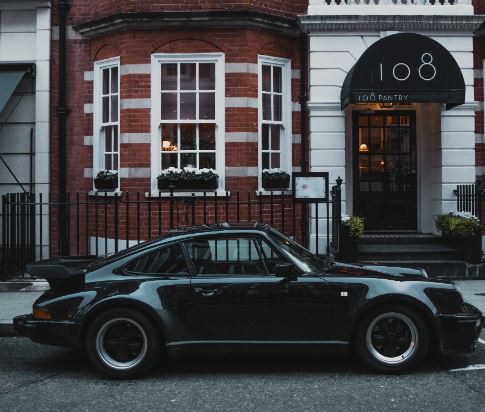 Brevan Howard Asset Management was among the many hedge funds to have a good year in 2020: the U.S. Rates Opportunities Fund apparently soared 99% due to what we presume were opportunities in U.S. rates. Another fund run by ex-Citi trader Fash Golchin, now based at Brevan Howard's Geneva office, rose by 60.5%.

We don't know how much Brevan Howard paid its people (and how much Alan Howard paid himself) for 2020's excellence, but we do now have an idea how much the fund paid its partners and employees in the U.K. for the year until last March.

Brevan Howard Asset Management LLP just filed its accounts for the year ending March 2020. The Mayfair-based entity only had three partners - Craig Adams, a lawyer, Jonathan Hughes, the chief financial officer, and Ryan Taylor, the group head of compliance. The really high earning executives and portfolio managers like Howard, Golchin, Alfredo Saitta, Aron Landy (the CEO) and Mina Bathwal are based elsewhere. - Golchin and Saitta are in Geneva, Bathwal is in Singapore. Others are presumably based out of the Geneva, Jersey, Hong Kong, and Washington offices, where Brevan doesn't have to file accounts.

In London, the fund had £18m available for distribution between its partners as profits. Not bad if you work in legal and compliance.

Brevan Howard's accounts are about as opaque as it's possible for a hedge fund's accounts to be. However, the fund also releases results for Coremont LLP, its back office operations platform which spun out two years ago. Coremont had three individual partners in 2020 - COO Bevan Kaminer, CEO Jev Mehmet and James Cousins - a lawyer. They, plus a Jersey-related entity C1 Holdings limited, shared £25m in the year to March 2020. In a note on its accounts, Coremont said its key managemnt personnel were paid a total of £2.8m.

Away from the partnership pool, Brevan Howard pays predictably less. Brevan Howard Asset Management Services employed 100 people in support roles in the year to 31st March 2020. It paid them a total of £10m. - An average of £100k each.

Photo by Valentin B. Kremer on Unsplash