The 27 year-old physics graduate making a fortune in fintech 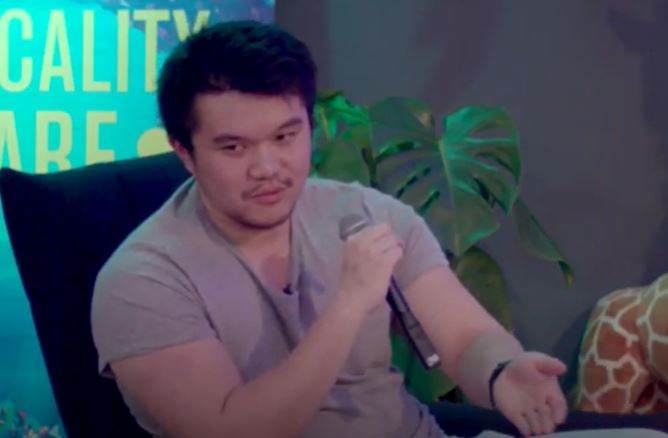 If app-based bank Revolut realizes its new valuation of $33bn, one young graduate from London's Imperial College will surely have something to celebrate. Alan Chang, Revolut's senior vice president with responsibility for profitability, could be worth hundreds of millions. He's still only 27.

Chang joined Revolut straight out of university in 2015. While most ambitious young graduates were focused on working in front office jobs in investment banks, Chang became an operations analysts at Revolut and ran customer services there for a time. Working in operations for an investment bank is often seen as less prestigious than sales and trading or investment banking, but when we met Chang in 2018 he was very clear that this wasn't the case at Revolut. "Working in operations for Revolut is not like working in operations in a bank," he told us. "There, you’re the ‘back office’, here it’s almost the other way around. We push the business and drive it forward. We’re active rather than passive, and we take direct responsibility for revenue growth and ownership of the margin.”

Revenue growth at Revolut is going well. Recently released accounts for the company show revenues increased 34% to £222m ($304m) last year. However, profits looked less healthy: pre-tax losses nearly doubled in 2020, to £207m. Not that this seems to be a problem. - Revolut's newly appointed 29 year-old CFO, Yale graduate Mikko Salovaara, said this was because the company was reinvesting in the business and that efficiency - which is presumably part of Chang's purview "really improved."

It's not certain that Chang has stock in Revolut, but as the company's fifth employee and one of around three who's stuck with Revolut since its inception, scaled it up, and survived waves of exits from others less adjusted to its notoriously harsh culture, he should surely have something. If the latest $33bn valuation is realized, a 0.5% share would be worth $165m - which isn't bad for six years' work straight out of university, even if they were six years of 13-hour days.

Chang didn't comment for this article. However, in a succession of LinkedIn and Twitter posts over recent years, he positions himself at the centre of Revolut's global growth story. In early 2020, Chang said he was building a new "special forces" team that would be, "directly responsible for accelerating the flywheel," including the launch of new product lines and initiatives to improve financial and operational efficiency. In a comment to Sifted, Revolut colleagues said the operation managers who report to Chang power the business: "They learn to drive and build things from scratch. They are truly the smart ones. Imagine a group of mini Alans running around.”

This doesn't mean that Chang is for everyone. Online forums are dotted with complaints about his alleged approach to interviews, and he's clearly hyper-ambitious and aggressively competitive. "When I was young whenever I tell my dad about an achievement he would tell me 'only be happy for 5 minutes,'" says Chang on his Twitter account. Although he resented this at the time, Chang says he now applies this at Revolut, which has a 'never settle' approach to getting things done.

Revolut is always hiring. If you join now, you might not get any stock (Chang has also written about his belief in not offering stock to all new recruits), but you might get an opportunity to work with a 27 year-old human dynamo whose LinkedIn profile was previously peppered with uncompromising epithets like, "We are underdogs. We innovate. Every day is a new fight". Also writing on Twitter, Chang says he likes to hire people with brains, heart and craziness. - He says brains are for problem solving, heart is for grit and ambition and craziness is for craziness and "cohones."

Chang has written, too, that joining Revolut was the "best life decision I have made." With a $33bn valuation, it's easy to see why he might think this is so.