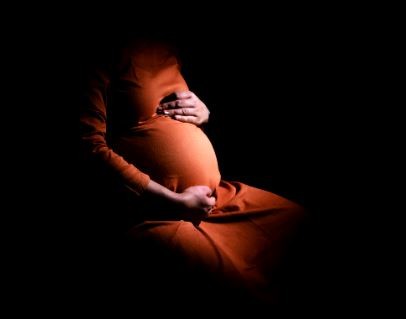 To say that women leave finance jobs because they have children is a cliché that’s increasingly disputed by women in the industry. It’s not motherhood that dissuades women from staying in banking they say – it’s the struggle to get promoted much beyond vice president (VP) level.

Latifa Tefridj-Gaillard was promoted to managing director at Goldman Sachs in 2010. She spent 16 and a half years at the bank, latterly as head of solutions sales in London. She also has three children. In early 2021 she quit Goldman for Digital Colony, a global investment firm that invests in digital infrastructure.

Tefridj-Gaillard began her career at Goldman as an analyst in 2004 after graduating from Essec Business School in France. “During the first few years of my career there were not that many women, or women of colour, and if there were they wouldn’t go all the way to the top,” she says. “I think things really began to change across the industry in 2018 when banks in the U.K. were compelled to begin publishing their gender pay data. Senior management began to realize they were accountable and that it wasn’t just about hiring 50% of women at analyst level and then making excuses for why they can’t retain them.”

Women don’t drop out of banking because of families, but families do focus their minds on the returns of banking careers. “It’s not that women are less focused, but if you have a family and your career isn’t progressing you’re more likely to question whether the additional costs of childcare and losing time with your kids are worth the hassle,” says Tefridj-Gaillard. “Women need work to be meaningful – their opportunity costs are greater.”

No woman steps away from a finance career easily, she says. “You may have committed a decade to building your career – these are important years. The difficulty is that you then leave on maternity leave and when you come back, the men on your team haven’t taken the same time out. It can make it very hard.”

Tefridj-Gaillard says Goldman Sachs were very good at giving her six months off during her maternity leaves and telling her that she could have her former job back. In sales this can be hard – there’s a tendency across the industry for the best clients to be assigned to other people on the team while women are out, but Tefridj-Gaillard says she avoided this because she wasn’t on a flow desk where clients need constant attention.

It’s much harder to take maternity leave, particularly repeatedly, if you’re a trader of a flow salesperson, says Tefridj-Gaillard. For this reason, many women in these roles take as little time as possible and often have stay at home husbands or nannies to help with their babies.

If you’re a working mother in banking, you need to be easy on yourself, says Tefridj-Gaillard. Echoing Citigroup CEO Jane Fraser, she says you can’t expect to do everything all of the time – sometimes your children will require a lot of your time, sometimes your job will. “It goes in turns. It’s like stock-picking – you can’t always pick the right stock but you hope you’ll get it right and move in a good direction over time. You create your own mosaic between work and life,” she says.

Nowadays, Tefridj-Gaillard is also a Trustee of the Diversity Project Charity, a U.K. grant-giving organization that aims to raise £2m to help charities affected by the disbandment of the President’s Club. The charity, which is sponsored by financial services firms, aims to make donations across sectors to organisations improving social mobility, diversity and inclusivity.

Awareness of the importance of diversity is increasing, she says – particularly through the Black Lives Matter movement in the U.S.. But it can still be hard to be a woman in finance: “At the intersection of gender and ethnic minority you have to work doubly hard to be seen and heard.”

eFinancialCareers is running a diversity event for women in tech and finance on April 21st. For more information, click here.

Bear with us if you leave a comment at the bottom of this article: all our comments are moderated by actual human beings! Sometimes these humans might be asleep, or away from their desks, so it may take a while for your comment to appear. Eventually it will – unless it’s offensive or libelous (in which case it won’t.)

Photo by Harshit Jain on Unsplash