Morning Coffee: JPMorgan forced to confront bitter reality. The firm that wants to know too much about your love life 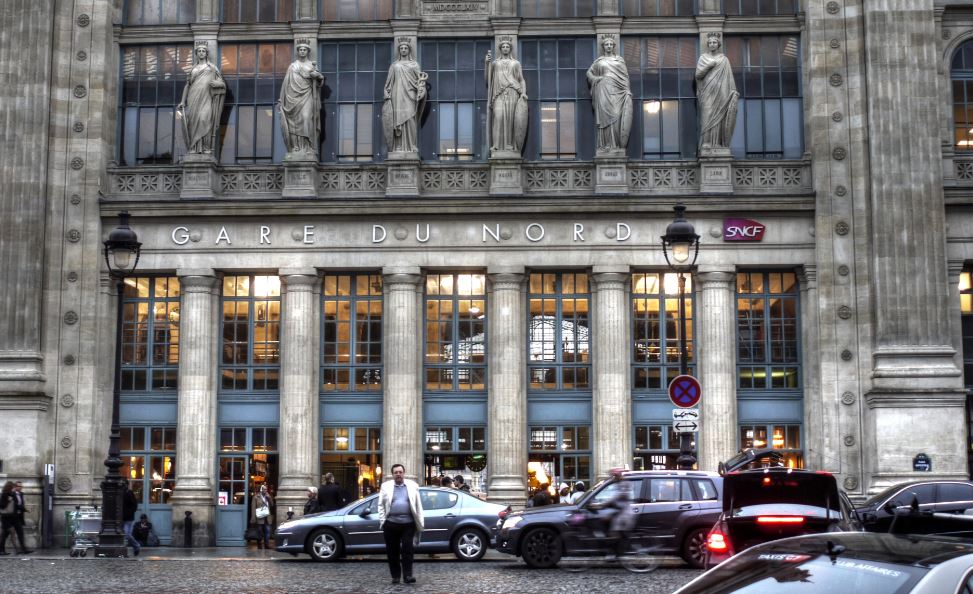 If any U.S. bank has held off moving staff out of London and into Europe ahead of Brexit, it's JPMorgan. The U.S. bank's new Brexit-induced Paris office at Place du Marche Saint-Honore won't actually be ready until the very end of this year. Until then, we understand that some of its staff are still working from the overflow office in the Paris suburb that was first opened around February 2019. It's a contrast to Bank of America, whose new office at La Poste opened in May 2019, was fully staffed by the end of last year and is now accepting graduate applications for all business lines.

JPMorgan has, however, found itself no longer able to delay the inevitable. After a handful of sales staff were asked to move to Paris in July, Bloomberg reports that the bank has now requested that 200 people prepare to relocate to Europe for January 1, when Brexit becomes effective. We understand that almost all are going to Paris, although some are going to Frankfurt, Milan and Madrid. Most are in sales and most have been covering EU markets from London - until now.

The move to Paris isn't likely to be entirely popular with the affected salespeople, most whom aren't French, comparatively few of whom speak French, and many of whom will - initially at least - 'commute' back and forth to London at weekend to visit their families, something that could be complicated by quarantine restrictions.

That JPMorgan has been compelled to prime its people for an imminent move reflects the deterioration in Brexit negotiations, where even the inadequate equivalence regime seems unlikely to function as hoped. The 200 movers are unlikely to be JPMorgan's last: the bank will have space for 450 people in its new building (or would have had space for 450 before social distancing requirements) and another large chunk of people in markets roles are understood to be moving in future.

For the moment, JPMorgan is trying to soften the blow. The 200 London-based salespeople who move are being offered six months commuting and accommodation allowances, alongside lessons in the French language. The clear risk is that they will move and be compelled to work from home in serviced accommodation miles from friends and family in the middle of a pandemic. Once they're in France JPMorgan is understood to be keen to get them into an office, but events may yet prevent this.

Separately, it's not just Jamie Dimon who wants to peer into your relationships. BlackRock chief executive Larry Fink is reportedly taking an interest too - or at least his HR staff are.

After ousting Mark Wiseman, BlackRock's global head of active equities for an extra-marital and undeclared relationship with a colleague last December, BlackRock is taking a hard line on relationships among its remaining 16,000 employees. The asset management firm is reportedly requires that employees disclose if they're having relationships among themselves, with contingent employees, and with service providers, vendors, clients, and any other third party that interacts with Blackrock.

BlackRock doesn't expect to get all its people back in the office. “I don’t believe BlackRock will be ever 100% back in office...I actually believe maybe 60% or 70%, and maybe that’s a rotation of people. But I don’t believe we’ll ever have a full, you know, cadre of people in office." (Financial News)

The European Union seems to want to undo the "delegation" model of European investment management, which allows an asset manager to set up a fund in one country, such as Ireland or Luxembourg, and to run the fund from the UK. (Financial Times)

Goldman Sachs had a COVID case in New York and ordered a few people home. (Bloomberg)

UBS has given some of its London traders Microsoft HoloLense 3D goggles to recreate the sensation of sitting on the trading floor in their own front rooms. (Financial Times)

Christian Sewing was running the audit division during the 2015 $10bn Russian mirror trading scandal, but he failed to notice anything funny going on in Moscow. (BuzzFeed)

Photo by Paul Fleury on Unsplash