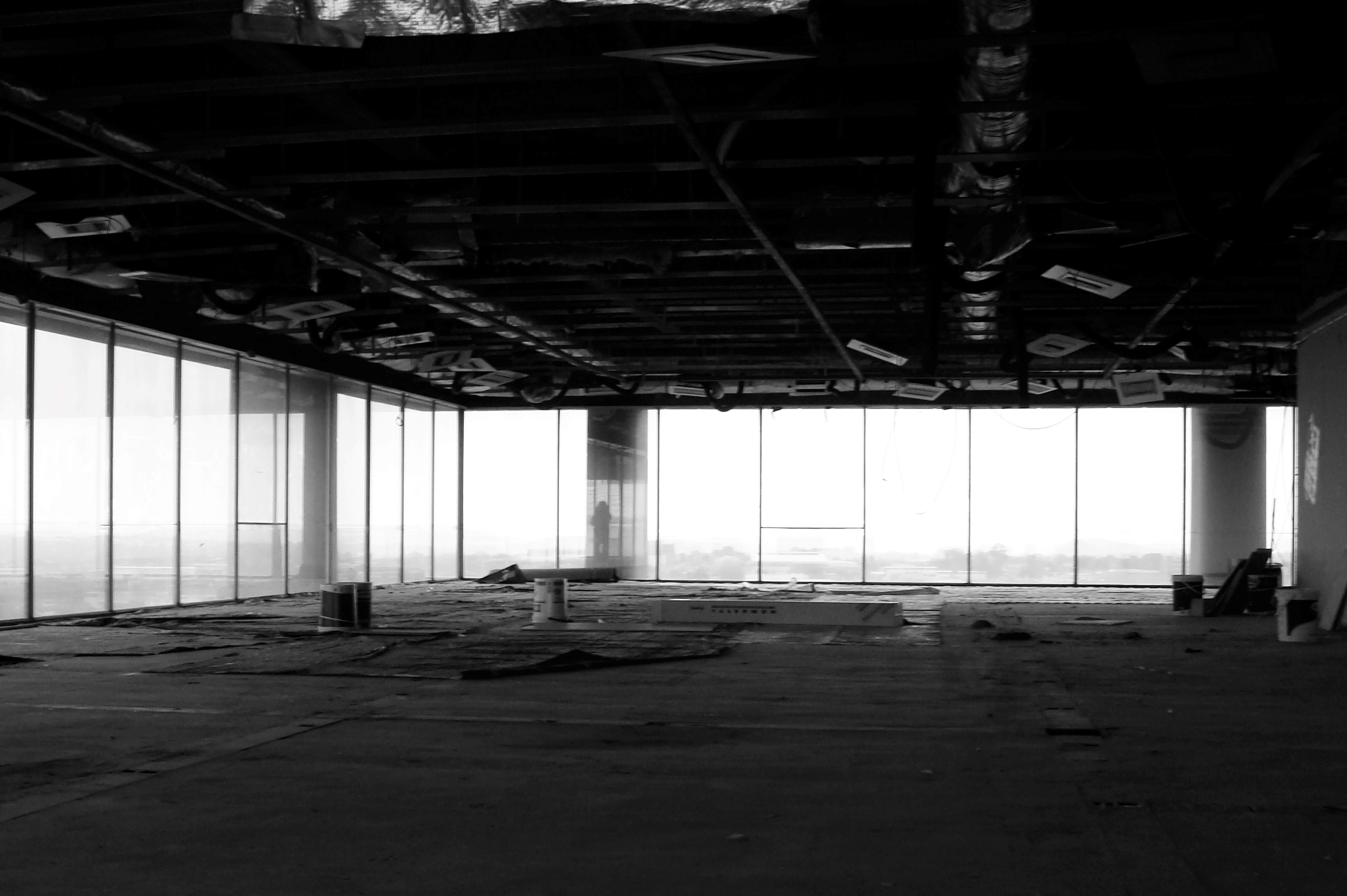 The weather is hot, the calendar is closer to the end of Q3 than the halfway mark and the financial world is, by and large, ready for a holiday. This is the month of the year in which Manhattan has always emptied out of anyone who can afford to be anywhere else, and with the weekday working crowd also largely absent, the general vibe is described in the WSJ as resembling a particularly depressing post-apocalyptic zombie movie.

The lights keep going out because nobody’s moving around to set off the sensors and the kitchens are full of fuzzy things growing in six-month-old coffee mugs. If you’re really unlucky, you might find that your floor has a single other occupant who has been coming in every day, and who has gradually got into the habit of wandering round in shorts and blasting Van Halen. Several office workers seem to have tentatively made plans to return, then found the first day back in the building to be such a dispiriting experience that they decided to give remote working a few more weeks until there’s more office life to come back to.

So where is everybody? Heading for the beach, apparently, bankers have begun to realise that there’s a possibility of a second wave in September, and a consequent lockdown. When that’s combined with the toughening enforcement of “use it or lose it” policies by banking HR departments, there’s a danger that if they don’t take whatever holiday you can right now, they might end up writing off a lot of leave at the end of the year and getting no break at all. That means that even if the trip they really wanted to take is long since cancelled and the flight tickets refunded, people are booking the leave and heading away, to destinations where there’s less risk of being forced into quarantine on the way back. For London-based bankers, that means staycations in Cornwall and the South Coast.

This could cause some unforeseen problems. As a way of unwinding and de-stressing, holidays by the British seaside are not always reliable, even if the weather holds up (as it currently seems it will). As any banker who has worked on high-pressure transactions knows, the danger time for stress is not necessarily the moment of maximum pressure – it’s the period when you first start to relax. The combination of adrenalin comedown, greater than normal alcohol consumption and suddenly being put in close proximity to your family all day is responsible for a few dozen divorces across the financial industry every September.

And this year there’s more opportunity than ever for workaholics to treat their “holiday” as an opportunity to work remotely out of an Airbnb rather than working remotely out of their own home. After an absolutely unprecedented first half of the year, everyone needs a proper break, so let’s all turn off the notifications, try and find the last decent hotels and rental cottages, then come back at the end of the summer and see what the virus data brings.

Elsewhere, the New York Times a profile of David Solomon and the ways in which coronavirus “tests his leadership style” (which appears to be mainly written around a number of quotes from insiders saying that he’s admitted internally that the Hamptons DJ gig was not brilliantly thought through). In discussing the way in which Goldman drew up remote working plans quickly, it contains a fascinating detail that raises so many more questions than it answers:

“The message from David on down was so clear, that there were no questions asked, it didn’t matter,” said Jen Roth, 39, who runs the firm’s U.S. currencies and emerging markets business, about Goldman’s quick approval of work-from-home plans. Ms. Roth, who had never worked a single day from home until this year, set up shop in a bathroom of her parents’ suburban Philadelphia house — one of the few available rooms with a lockable door to field client calls with her spouse, children and parents nearby”

Why is a Goldman Sachs MD working out of her parents’ house? Why is the lockable door so vital? What did the rest of the family do while the bathroom was inaccessible during market hours? The answers would all presumably be logical and even sensible if we were ever to find out, but it’s just a perfect illustration of how the 2020 pandemic has made the world seem crazy to us all.

“We couldn’t have big parties or anything like that but we did work with a music start-up – there was a battle of the bands competition where the interns could vote”. JP Morgan’s head of campus recruiting, among others, tries to put a brave face on the virtual internship experience. (Reuters)

Not so long ago, UBS was sending legal letters to its former dealmaker Matthew Grounds; now they’re best friends again, and all it took was a massive fee on a deal arranged by Grounds’ new boutique. (AFR)

One third of private banking clients haven’t been contacted at all by their wealth managers since the start of the coronavirus crisis, which feels … not quite the service they were paying for? (Finews)

More than a third of MBA hiring firms are saying that they will be taking significantly fewer graduates from the class of 2020 than they did in previous years. Looks like there are going to be quite a lot of startups. (Financial News)

A midwestern midmarket local hero goes global – William Blair has been hiring into its consumer and retail team in the Netherlands. (Businesswire)

SoftBank is creating an asset management firm to trade public securities; will it be hiring from the investment banking industry, as the private funds have in the past? (Bloomberg)

Revolut continues to hire, with staff growth pushing the company into a loss in the recently published accounts, but the target to be profitable on a monthly basis by the end of 2020 is still there. (FT)

Photo by Hennie Stander on Unsplash