Inside the spaces where male bankers network alone 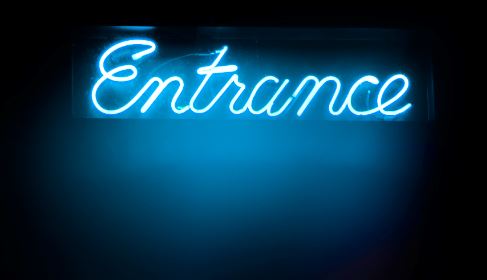 For bankers in London and New York, COVID-19 has changed everything when it comes to after-work networking and client entertainment. - An expensed night out looks far less appealing when it risks a life-changing virus. This could be a positive thing: those who've played in the world of work-related R&R say the scene crystalizes male advantage.

"There are spaces designed for the socialization of men in elite business circles," says Ashley Mears, associate professor of sociology at Boston University. "There's tennis and there's golf, and then there are clubs geared towards heterosexual men who want to be around beautiful women."

Mears isn't talking about strip clubs, which have long been outlawed from any corporate expense bill and exist in a bubble of 1990s dipsomania. She's referring to the kinds of high end nightclubs and parties that are entirely acceptable and won't bring a sanction from HR. In a widely read piece in published in the Economist's latest 1843 Magazine, Mears outlined her own history and experience of this scene. What she didn't say was that she's also written a book* on the subject and that a lot of her material came from people who work in finance.

"Of the 20 men I interviewed, 11 were in finance," says Mears. For the most part, she says the men who frequent the elite clubs and parties "are the working rich." They can be in their 20 or their 40s. They can be attractive or not, but they are differentiated by their incomes. Men in front office banking or hedge fund jobs fit the bracket exactly.

Mears first came across the elite party scene when she worked as a model. "I arrived in Milan and a guy connected to the modelling agency picked me from the airport, took my luggage and got me set up in place to live." He turned out to be a nightclub promoter and encouraged Mears and the other girls from her 'model house' to attend the clubs and parties he promoted as a lure for high spending men.

She says the clubs, which exist in most major cities, are places for beautiful and archetypally skinny women and for men with high incomes. "For the men, it's about communicating their status in the company of other men. It's exciting to be around such an abundance of beautiful women, a kind of peacocking." Most of the men aren't even interested in the women and almost ignore them, says Mears: "It's a space where they can foster their ties with other men in their circles. They understand that it's a world where they will encounter people like themselves."

However, if you're a woman in those same professional circles - a 38 year-old female banker with two children and a nanny at home - and you want to attend the elite clubs and parties, you'll be shut out unless you fit the female aesthetic ideal. "This is an exclusive world open to men with money and women with beauty. If women don't have beauty they'll be hassled at the door and told they're too short, for example," says Mears. Because of this, she said the bankers she interviewed told her they wouldn't attend the clubs with work colleagues.

The upshot is a space where men in finance get to network with other men alone. "Highly educated women are absolutely locked out," says Mears.

Maybe Zoom drinks have their advantages after all.

Photo by Benjamin Lambert on Unsplash